We Have a Challenge For You 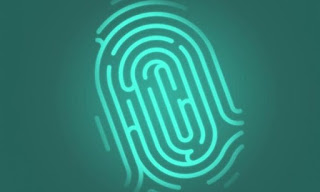 Otherwise known as 'the updated guide to The Mole's challenges' [PDF, 976kb].

It's been way, way too long since I wrote a challenge guide. I've been working on them pretty constantly since the last one (released in 2014, holy shit), but trying to design a format that worked with enough consistency to use for multiple shows was a nightmare, and trying to do shows that were just too big to get through at any reasonable speed was draining (spoiler: a Big Brother guide will probably not be happening any time soon), and several other excuses, I'm sure.

I've tried to make the formatting for this one reasonably simple compared to the last guide I did for The Amazing Race. I do like the tables of brief explanations better and I do think they're more adaptable than blocks of text, but at the same time over the years this has been reworked and rejigged so many times that I kind of just threw my hands up in defeat a little bit here. Which sounds terrible, but last time I did a Mole guide I used this commentary space to say that Americans sucked at making reality television (they still do) and subsequently asked a winner of the American version of this show to tweet about it, so. Moving up, I guess?

With a new Mole season literally premiering in less than 48 hours and another following in a couple of months, I'll be doing a quick update after they both air, but don't expect a total revamp of the guide like I did for this version. Likewise, I'm 90% sure what show I'll be doing next (at the moment, it'll be a show that's new to this blog and pretty small by comparison to the 40 seasons I covered here), but... you know, look at all the times I said I knew what I was doing before. Doesn't it seem fitting that this is about a show where trust is bullshit now?
Posted by David at 11:26 PM

Email ThisBlogThis!Share to TwitterShare to FacebookShare to Pinterest
Labels: Guides, The Mole