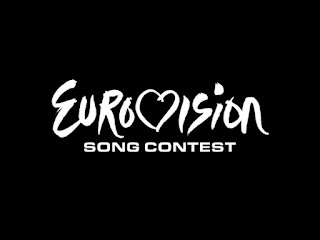 The year is 1957. Following the logical selection of Switzerland as inaugural host for this festival of peace, and with the original plan of having participants take turns hosting, there were two choices for the sequel without randomly going to a country that wasn't present in Lugano - either go to a country that was pretty recently invaded by the Nazis and deal with the uncomfortable subtext of having to invite West Germany, or stage the contest in West Germany itself and use it to show how the country had grown up in the previous decade or so. Naturally, the latter was deemed a better choice, and the contest headed to Frankfurt with the understanding that in future years winning countries would be given the honour of hosting to avoid the drama.

For the contest itself, the format was much closer to the format we know today. We're still in the "show in a TV studio" era of the contest and won't move to a concert hall until 1959 (with the move to stadium spectaculars full-time not happening until the new millennium), but this time each country only sent one song and we got to see the full voting in the interests of filling time transparency. The voting also won't change to the current format for a while, becoming the first of many changes to the contest brought about by the Swedes, but for this year the format is simple: Each country had ten jurors from outside the music industry, who each cast a single vote for their favourite song. Most votes wins. What could be simpler?

This one's a tough one. I think it's a perfectly fine song on its own, but... honestly, everything about it has been done significantly better elsewhere. A Dutch-language song about relaxing street music? The Dutch themselves will do it better in the 1970s. Obnoxiously catchy whistling? Thank you, Switzerland. A chorus that's basically just "la la la la la la la"? Many, many times, and it doesn't commit itself to the gimmick for long enough to make it worthwhile. The singer isn't even reality TV's best Bobby Jon. The one thing it does have, however, is that it sets into motion the tradition of Belgium alternating between French and Dutch entries at each contest they attend, one that will continue (with only one exception) until 1998. But still: adequate but not remarkable. Belgique, six points.

So I listened to this song about five minutes ago and it's already been completely forgotten, aside from the visual of the singer clearly being unsure what to do with her hands and ending up with her arms positioned awkwardly like she was some kind of a porcelain doll. Which is bad enough at the best of times, but from about thirty seconds into the video all we get is a tight shot on her head, so it's not like there's even anything to distract from how deathly dull the song is. Luxembourg, deux points.

On the one hand, this is a surprisingly shrill entry from a country that usually at least sends decent voices, even if the stage presence and the songs themselves are now invariably awful. On the other hand, it's pretty much just a straight line from this to Electro Velvet, and at least the song is over quickly - the entire performance lasts less than two excruciating minutes. And while I'm definitely not a fan of the song, it's nice of people to realise the song is kind of terrible and to act accordingly. They won't always. Royaume-Uni, trois points.

Clocking in at five minutes and nineteen seconds, this is the longest entry in Eurovision history... and, unfortunately, you can feel each and every tedious second. It's not even until a minute in that the acoustic guitar solo (which, despite the lyrics, is not magically playing itself) ends and the song proper begins, and by that point you're already hoping for the damn thing to be over already. It's not painfully bad, sure, but it just lasts far too fucking long. Italie, trois points.

I don't know about you, but I've always wanted to hear someone ask a pony for directions to the tune of the Married... With Children theme as performed in a spaghetti Western (a strudel Western?). I mean, I'm flummoxed that it finished last, but I'm not entirely surprised it didn't do well. There are definitely surreal moments throughout the history of Eurovision that work, but it's a technique that only seems to work for select countries. France can get away with it, because everyone expects them to think they're too good for this silly little fooferaw. Moldova can get away with it, because everybody understands they need to do whatever they can to help people find it on a map. But Austria is one of the countries where the technique never works, and it's always kind of embarrassing to see another attempt. Autriche, quatre points.

So I know I'm genetically predisposed to love everything the Netherlands sends, but even then it's kind of astonishing just how much this song rises above the comparative chaff we've had so far in this year's contest. Brokken herself is one of the forgotten icons of Eurovision - as well as being a staple of these early contests, she's one of only two people in history to complete the "winner, host, spokesperson" triple play (and the two-decade waits between each is much more impressive than Marie N doing all three within the space of four contests) - and it's a real shame she's not remembered as well as many of the other important figures in the contest's canon. Especially with a song this good. Pays-Bas, dix points.

For those of you wondering just what The Social Network Song would be like if transplanted into the early years of the contest, here you go. I kid, a little, but it's the same basic "love letter to glorious technology" concept (one which the West Germans would return to twenty years down the line) in the form of a 1950s chanson. This one has the added bonus of referencing the addition of the telephone voting to the contest, but it honestly doesn't need it. It's a good entry on its own, which is more than can be said for Poor Valentina Monetta's debut. Allemagne de l'Ouest, huit points.

In the early years of Eurovision, France was basically an unstoppable force - at risk of spoiling events over half a century old, they're going to win three of the next five contests, and will only fall outside the top five once between now and 1970 - but unlike later times when countries would consistently do well (the mantle will get passed around from France to the UK, Israel, and West Germany before a brief open period that confuses everybody into endorsing Ireland's plan for world domination), there's not really anything about this ode to nature or ballrooms or whatever (it's not particularly clear) that makes it easy to see why France was about to be so successful. In this case, it isn't even that French was a literal lingua franca - with the specific countries here, the German songs were more likely to pick up the At Least I Understand It votes - so I don't know. Don't get me wrong, it's a perfectly solid entry, but it's not as good as it probably should be for a runner-up. France, sept points.

Oh, hey. two singers. That presents problems here more than it does in other songs - Birthe has a Disney voice while Gustav's is almost comically deep and for the most part drowns her out when they sing lines in unison - but it's nice to get something to break up the monotony of yet another pretty young lady singing about loving where they live, and it makes sense to have two singers perform a song about one last afternoon of torrid outdoor sex before the man heads off to sea and explores life on the poop deck with his fellow sailors. Unfortunately, that's not why everyone mentions the couple. Because they share an overlong kiss at the end (spoiler?), the entry has kind of ended up with a disproportionate reputation, up to and including the Danish organisers of the 50th anniversary special having Birthe making a cameo to get kissed by Katrina minus the Waves. (I wish I was kidding.) And I just can't support that considering the song is actually kind of mediocre? Danmark, six points.

Maybe it's just that the last four songs have been getting worse and worse, but I kind of adore this one? The annual "Look, Lys Assia is still alive! Let's interview her!" segment is pretty much my least favourite part of every year's contest, and the slow songs usually wind up in the like-but-not-love range for me, but somehow she manages to turn it out and make this work, which is especially tough since it's about growing old and she's not exactly elderly here. I'm pretty sure a decent amount of the poor result is jurors either penalising her for beating a song they liked more last year or not wanting her and Switzerland in general to win back-to-back in the first two contests, but frankly I wouldn't have wanted her to win back-to-back either. Suisse, huit points.

NEXT TIME: One of the most successful Eurovision entries ever. And two songs that beat it.
Posted by David at 8:51 PM