Can I Do Better? Vol. 1: Masterchef Australia

So, I know I don't post here often enough. I also don't prove that when I claim I could do better, I actually can. So to kill two birds with one stone, I'm starting a new series.

The basic idea here is that every week or so, I'll post a group of at least three reality show challenge (or twist) ideas for the same show. I'm not going to do the same show two weeks in a row, but beyond that there's no guarantee which shows will appear. Depending on my mood, the challenges may be for a current show, a cancelled show, or a non-existent show I'm creating solely for the post. Please be aware that I'm not necessarily aware of every challenge that has appeared on every version of a show, so apologies in advance if these ideas have been used before. 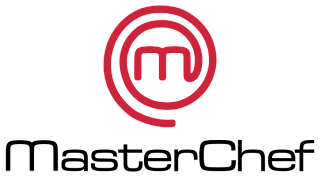 Your fairly standard reality cooking show, pretty much. There's a few basic types of challenges (team challenges, "core ingredient" Invention Tests, "follow this complicated recipe" Pressure Tests, and the "make something with any or all of the ingredients hidden beneath this crate" Mystery Box) that turn up frequently, but there are also frequently other challenges that do not follow these formats. The main difference with this show and others like the Top Chef franchises and Hell's Kitchen is this show is based around everyday people rather than professional chefs, which somehow makes it seem less pompous even though the challenges are about the same level of difficulty.

This week, I'll be focusing on different ideas for the Mystery Box and Invention Test challenges. I've also got the generic logo there, but these are ideas suited best to the Australian version of the show.

BASIS: Throughout the various seasons of Masterchef, there are a number of cuisines that turn up with monotonous regularity, particularly from Mediterranean Europe (Spanish, French, Italian, Greek) and eastern Asia (Chinese, Japanese, Indian, Thai), meaning it's easy to forget there's a whole world of food out there.

IDEA: The remaining players (let's pretend there are eight) are presented eight different Mystery Boxes at the front of the kitchen. Using whatever means the producers wish to select an order (I'd go with the order they're standing in to be completely fair), one player at a time must select a box and open it to reveal an ingredient ubiquitous in a particular "forgotten" yet easily identifiable cuisine, and a card telling them which cuisine they must cook. I'm envisioning the sort of cuisines where there are a few obvious basic ideas but also enough leeway available to do something clever and unexpected -- Hungarian (with paprika as the secret ingredient) or Dutch (pickled herring, or pretty much any cold-water fish) or Welsh (leeks) would work particularly well. Once they've each selected a box, they have ninety minutes to prepare a meal in their cuisine, featuring their ingredient.

BASIS: It's great to have challenges involving blast chillers and all sorts of complex and expensive ingredients and methods, but at the same time there are thousands of people living from paycheck to paycheck, sometimes unable to even afford basic groceries to the point where food charities such as OzHarvest (who the show donates unused food to) are needed.

IDEA: Using only an assortment of typical low-budget ingredients available from a food charity collection point (things like lesser cuts of meat, two-minute noodles and day-old bread, for example), and a maximum of one pot, one saucepan, and one oven tray, prepare a restaurant quality meal within one hour.

BASIS: The 2012 season of Masterchef Australia featured multiple contestants specialising in the art of desserts, and multiple challenges catering to their strengths, so much so that it may have well just been retitled Masterchef: Just Desserts.

IDEA: Prepare a platter of hors d'oeuvres for "a party", using only the ingredients available in the Masterchef pantry. To make it more difficult, there are neither eggs nor seafood products in the pantry. Everybody's seen devilled eggs and oysters before. As with the challenge listed above, one hour is allotted for cooking.
Posted by David at 9:32 PM