(Note to usual blog readers: Yeah, I know. Not a reality show. I'm pretty sure the Blogger Police will understand.) 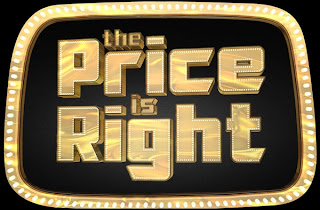 As you may be aware if you were anywhere near Twitter last Monday, The Price is Right is back on television in Australia. And sadly, during its break the little game show that could got a botched facelift in Phuket and is now looking like the little old hag that shouldn't have. It's not surprising therefore that viewer reaction is even more negative than the panto hatred we all pretended to have for that One Dollar Deal game when in reality we were all happy the contestant had to work to get their car. And though it may be hard to disagree the only thing not half-assed about the show's latest reincarnation is viewer apathy, many of the claims made against the show's credibility (including on A Current Affair, a rival network consumer-affairs show that has a habit of complaining about shows on other networks at least two or three times a week) simply don't ring true.

Easily the largest problem with the show, and the root of all of the show's other problems, is that the studio used for the show is simply too damn small for a show of this magnitude. With a tiny studio, there's no room for an audience of the size seen in the prior incarnations, nor enough room for a turntable set like that generally used to play the show's games on, nor enough room to place large prizes behind the show's three “doors”. In one episode, a fairly small rug had to be draped over a pouffe just so the entirety of it could fit behind the door. In another, an inflatable jumping castle couldn't fit into the gap, and so the show's irritating new announcer Brodie Young had to stand by it in some backstage area and pretend he knew how to model and read the prize copy at the same time. He failed to do either, instead awkwardly remarking about how a young relative of his had one.

The combination of the tiny doors (not helped by incredibly claustrophobic staging to begin with, or the completely pointless giant set of stairs to one side of the set) and losing the turntable means that all games now need to be conducted on the main stage in front of the doors rather than off to the side. The most obvious side-effect of this is that it makes it completely unfeasible for the show to give away any cars outside of the Showcase final round. And even then, the car is a notably miniscule thing that the unlucky model charged with driving onto the stage has to inch out in order to avoid crashing into the set or the prize almost certainly randomly placed at the far end. But why can't this prize go behind one of the doors? Well, because the show is so cheap they have to use a plasma display randomly placed on the doors in order to actually play for the showcase. Yes, that's right. The show doesn't even have a proper set for the most important game of the episode, yet somehow has decided six useless plasma screens that really don't even look that great on television are a necessity. This isn't without precedent – what exactly was the purpose of that stockticker running across the top of the last version's set? - but at least then they had the presence of mind to make the game sets display some semblance of personality. Here, someone has apparently decided that minimalist works.

Even with the budget, which could not possibly be farther from the truth. The obvious comparison to make – and indeed, the comparison that seems to have been made by many – is that since the showcases are no longer worth in excess of half a million dollars, the show's budget is tighter than a virgin at Mardi Gras. However, it's worth noting that the hyper-inflated showcases were only added to the show as an attempt to stop the show's declining ratings after Seven placed the revamped Deal or No Deal in its timeslot. Oh, the irony. Back before the addition of a Gold Coast apartment or an Alfa Romeo or cash bribes to the showcase, the average value of a showcase was in the low thirty-thousands. It's still larger than the showcases we've had so far, but not by as much as the public seems to think. The real issue with the showcase looking cheap is twofold: Firstly, there's one prize less to win (though with the game's structure this also theoretically makes the showcase six times easier to win), but more importantly the car takes up more of the budget than previously. In the old versions, you'd get a cheaper car but the rest of the prizes would be more expensive. Usually, there'd only be one item worth less than $1000, and the most expensive would be somewhere approaching $4000. Now, you generally get three three-digit prizes and the most expensive isn't even worth two grand. It's that sort of thing that makes the show feel cheap.

When it comes to the smaller pricing games, the difference is more startling. It's understandable that the small set means car games are impossible, even if that means this latest rebirth abandons the running joke the last four versions have had of the premiere's first pricing game being “One Dollar Deal”. But at the same time, the prizes available should certainly be worth more than they are. With the prize values important in only less than half of the fourteen pricing games (compared to 23 out of 27 in the last incarnation), I can kind of see why Seven thought they didn't need to bother. They were wrong. In addition to the game selection being fairly mediocre to begin with, the cheap prizes completely remove any semblance of tension from the decent games we do have. When the miniature golf game “Hole In One” was played in the previous version, host Larry Emdur used to remind contestants just before they took their putt (and us at home) that they were playing for a car often worth over $30,000. Even at the game's absolute cheapest, you could still expect to play for five thousand dollars cash. Now, you'd be lucky if the prize is more impressive than a voucher for Big W, the show's official sponsor. Which is a bit like making McDonald's the official sponsors of Masterchef, or like making Pauline Hanson the official sponsors of The Amazing Race Australia, or like making McDonald's the official sponsors of The Biggest Loser. (And speaking of The Amazing Race, having Big W sponsor this show isn't going to help those rumours about that team of Big W employees last year being corporate plants.) Why wouldn't they at least try and make the show look like it had a big budget so that it could take over Deal or No Deal's timeslot and give Hot Seat a run for its money? Deal's on its last legs anyway, but Seven insists on beating a dead horse. (Besides, if we wanted to watch a bunch of easy games for cheap prizes, Brodie would still be hosting Quizmania.)

Contrary to most, I don't actually mind that they got rid of the Big Wheel showcase playoff segment, or the Contestant's Row bits that determined who would get to play a game. The former was always out of place, having approximately nothing to do with the show's basic “pricing assorted items” theme aside from nominally terming the point values earned as “cents”, while the latter was never really that interesting, although it did occasionally lead to some odd moments like older ladies playing games for power tools or men playing for bikinis. Without it, all those moments are incredibly unlikely. In theory. In actuality, one of the show's most-publicised new games, “Plinko”, debuted with a contestant who couldn't get up the prop's staircase. Why on earth would any producer have picked a player like that, knowing exactly which game she would need to play? Even when the old version used to occasionally pick a contestant in a wheelchair, they made sure that if the Race Game (which required running, as the title suggests) was scheduled it was played before the contestant who couldn't run was told to come on down.

The selection of games themselves really isn't that impressive either, even before you take into account all the ridiculous and unnecessary tweaks Seven has made to the format. Five grocery-based games out of fourteen? The awesome “Bump”, renamed “Push Over” and now for only one prize? Especially since the one game seen in the entire premiere-opening Ian Turpie tribute was a fairly difficult car game that we only had for that twelve-episode primetime run in 1989 (and why DID we get still shots from the Channel Ten version when he hosted the show on Seven for years?), it seems odd to have simplified so many of the games to the point of being unrecognisable. Apparently Seven thinks we don't have the ability to use the internet, or the ability to remember what games were like in the old version.
Posted by David at 8:37 PM

Email ThisBlogThis!Share to TwitterShare to FacebookShare to Pinterest
Labels: Distortion Of Reality